The Boxer and the Barber 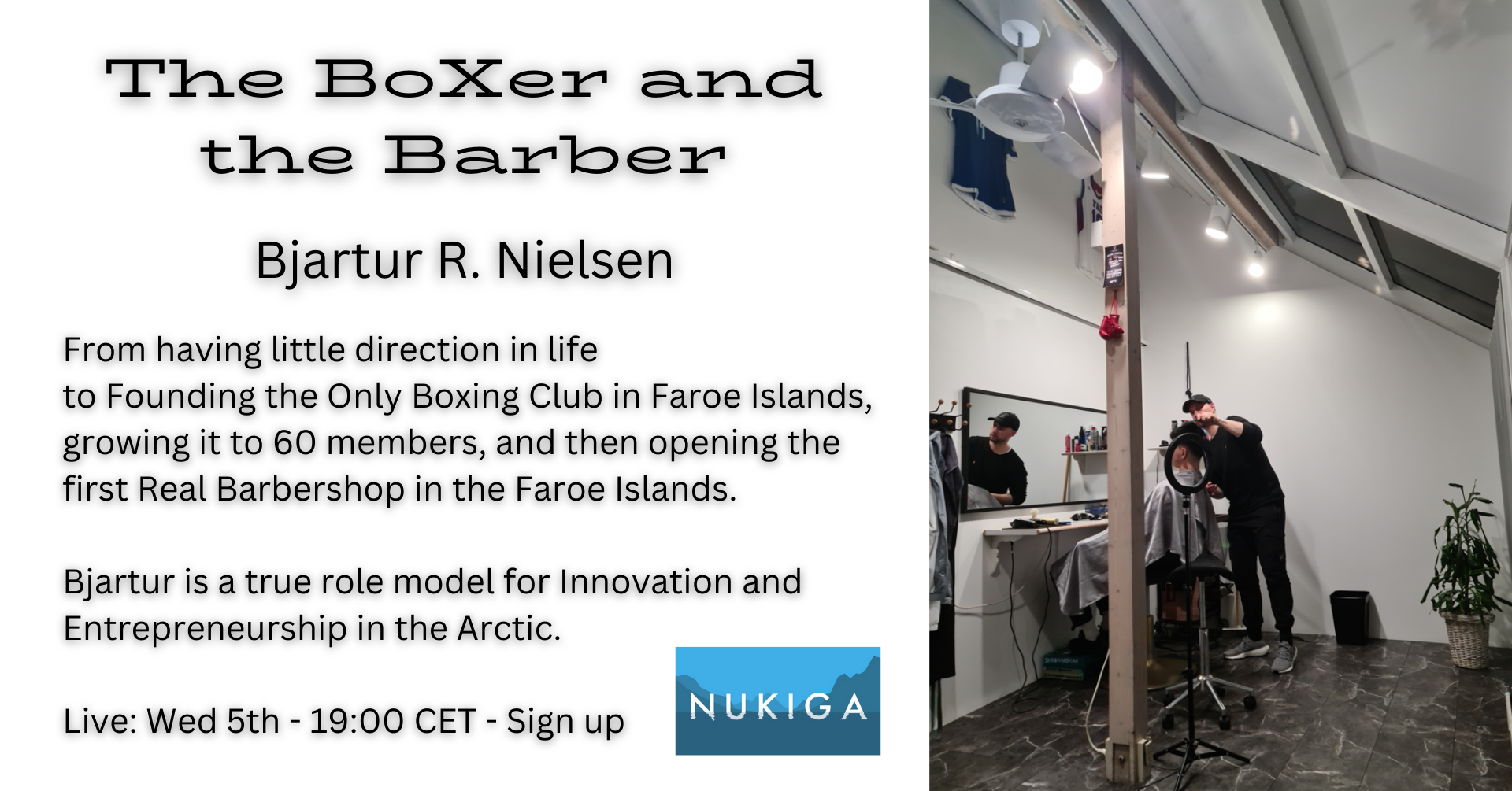 Bjartur is the Founder of Tórshavn Boxing and has Just launched B the Barber – The first true Barbershop in The Faroe Islands.
The typical story of young man that did not fit into school and traditional education, and lacked direction in life.
Things started changing for him after he started developing discipline through Boxing. This was in 2015.
There was no Faroese boxing club at that time, so he and a friend started their own little thing, put on boxing gloves and started training.
After 1 year the club started getting more serious, and more people joined.
With the support of a few clubs in Denmark, they managed to make it into a professional club and the members started competing in small tournaments internationally.
Today, Tórhavn Boxing, the club which Bjartur started, has more than 60 members and participates in multiple training camps and tournaments abroad.
For the past few years, he has been working as social worker in Tóshavn, helping young men with direction and discipline in life.
Bjartur is a serial entrepreneur.

This week he is finally moving fully into his other business, which is trimming hair. Bjartur one of the very few barbers for men in the Faroe Islands.

He has been cutting his friends’ hair as a hobby for a few years, this past year his side job has taken off as his reputation has grown as the best barbers in Tórshavn.
He has had a dream of opening a salon for a long time, but lately he has had so many bookings at his home that opening a barbershop is justified.
He already had a full schedule before opening.
Bjartur is a role model, a true innovator in the Artic, helping bring boxing and high quality barber cutting to the Faroe Islands.
In our next Nukiga Talk this Wednesday, we will talk about the importance of discipline and how important it is that we have innovators, and people who dare to jump into entrepreneurship in the Arctic.