I got the name Aannguaq when I was 18 years old. It was a nickname that my aanaa (grandmother) had given me, and I wanted a Greenlandic name, so I chose that instead of the Danish names I had before.

Since I was a child, I have been very interested in making films, and I always told my family that my path was different. I played a hunter in the film “The raven and the Seagull” (Lykkelænder) by Lasse Lau and helped in the post-production as a jack-of-all-trades. There I gained a lot of insight into film production and how it works. I worked more in-depth with what I learned about being a producer and producer assistant.

My family has said that it can be difficult to make a living making films here in Greenland, but when I meet a challenge or I am told that there is something I cannot do, it whets my appetite, and I will do whatever I can to achieve it. I use it as motivation.

I feel like a lot of people are waiting for something to happen. But I think that if we are to develop and do something good for the country, then we have to take matters into our own hands and just do it. 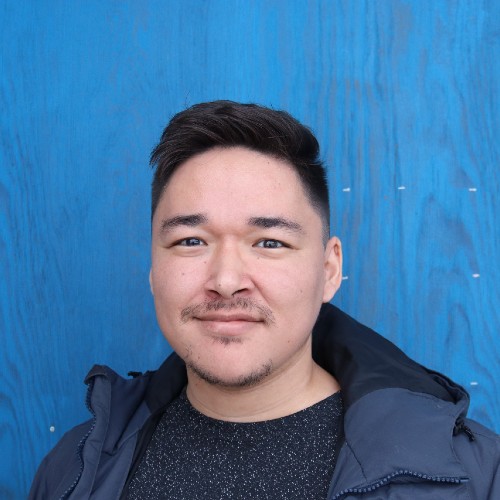 Right now I am also working on a documentary that will show how people who have been abused have been able to move on. Even if you have been the victim of abuse or have been abused, you can move on as a whole person. My business partner and I would like to shed light on the subject and show that although it will always stay with you, you can learn to live with it.

I myself was abused as a child and teenager. I want to show that you can take the next step forward. The documentary does not necessarily have to be about me, so we are also looking for others who have been abused and who have moved on. We started the process last year and are working on it now. It may take four or five years to finish such a project.

We would like to give people who have experienced abuse the opportunity to talk about it in a community, and we will make preventive measures with information on what to do if you have experienced it, or know about it. Where to go and who to turn to.