I was born in Ilulissat, grew up in Nuuk, and now I live in Upernavik, where I attend Majoriaq, which is the school for upskilling, to improve my grades. I was just supposed to be here in Upernavik on holiday to visit my aunt, but then I visited the school, and then I just started here. I think it’s pretty cool.

When I lived in Nuuk, I played a lot of football and was the captain of the team B67, but after I moved here I only play for fun at the sports centre. I’ve started playing the Inuit Games after I came here. It is a sport that practices traditional Inuit survival and hunting skills. It’s a lot of fun, but I’m pretty new to it.

Otherwise, I spend a lot of my time in the youth club “Northstar” with the others, where we play table tennis, foosball and that sort of thing. That’s pretty much what I do in my spare time.

You live a different life here. Here you ice fish a lot, but in Nuuk there is no ice. There are no large high-rise buildings here, which there are in Nuuk. And then there is the paranormal activity: I hadn’t experienced ghosts and such before I came to Upernavik, but I think that’s quite exciting.

I have been working since I was 13, and I started fishing when I came here. At first it was tiring to be pulling in the long lines, but I also think it was cool, because I hadn’t done it before. Unfortunately, I had to stop when I started at Majoriaq, because you go out for 5-6 days at a time, and it’s difficult when you have school at the same time.

I think there is quite a big difference between the culture in Upernavik and Nuuk. For example, you speak very differently here than you do in Nuuk, so it was difficult for me to understand people at first. 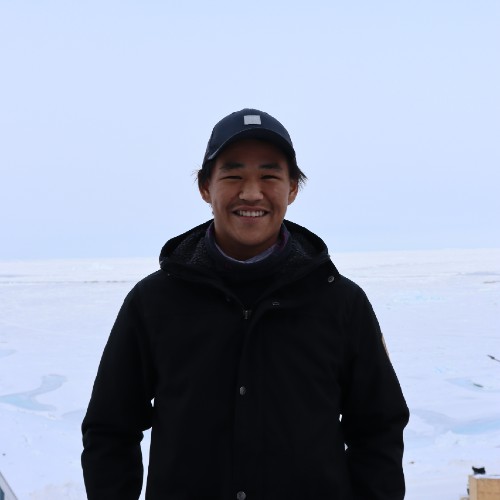