I work here in LT kiosk on a daily basis. But in my free time I play a lot of football. I play in the sports centre here in Upernavik for OB83, which is my favourite team.

But the best thing about Upernavik is definitely that you can play music here. I play a lot at home, and I like to practice as much as possible, preferably most days. I have a band with my friends Jens Jørgen, Pivinnguaq and Uka. The band is called ‘Kammagiit’ (Friends). I mostly play the guitar, but I also play the drums once in a while. We have performed at some events earlier.

Right now I am waiting for a reply from the School for Food and Nutrition, Inuili, in Narsaq, where I have applied to become a nutrition assistant. I primarily applied to try something new, so I’m really hoping I get accepted so I can start this summer. When I was little, I dreamt of becoming a police officer, but unfortunately I’m too short to get admitted to police school.

It will be exciting to try something new, but I know I would want to live in Upernavik in the future. 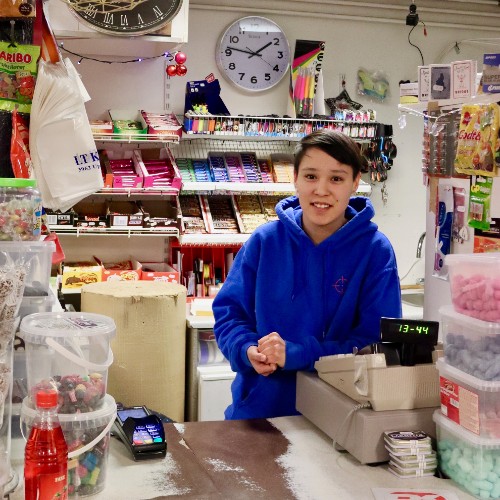