I take care of all the pastoral duties in the Upernavik parish, which also includes the settlements of Kullorsuaq, Nuussuaq, Nutaarmiit, Tasiusaq, Innaarsuit, Naajaat, Aappilattoq, Kangassuatsiaq and Upernavik Kujalleq.

I myself am from Kangassuatsiaq, and I am very happy to live in Upernavik. People have received me very well as a priest here. It makes me happy, and I strengthen myself on that.

I appreciate the stories in the bible – they are still relatable and I try to make them relatable for others too. I hope that I will continue to do a good job in the future. 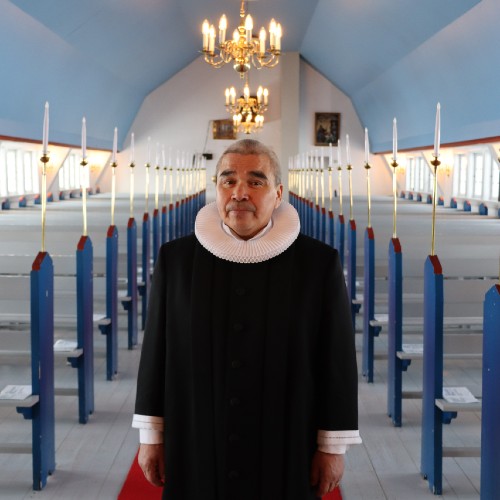