Invest in the Arctic

Sassuma Sea Salt produces sustainable sea salt from seawater sourced in the Nuuk fjord. Sassuma Sea Salt was established in 2017 when founder Napaartoq saw a need for locally produced sea salt. He had seen a video on YouTube where a guy made his own salt and started at home in his kitchen where he tried it out to see if it could be done. And it could! Afterwards, he scaled it up and Sassuma Sea Salt was a reality.

Napaartoq’s dream is that Sassuma Sea Salt delivers salt to all of Greenland, to tourists who want to purchase salt in the webshop, and eventually to export globally. He wants to make Sassuma Sea Salt the preferred sustainable and locally produced product, one that people recognise, and that can make Greenland self-sufficient when it comes to salt. 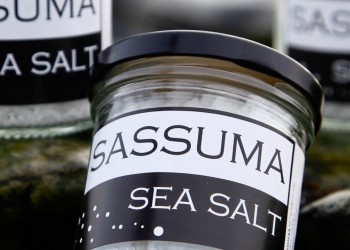