NUKIA has visited Napaartoq Isak Petrussen in his production in Nuuk, where he makes Sassuma Sea Salt, which is sea salt from Nuuk Fjord. He founded the company in 2017, because he saw a need for locally produced sea salt. 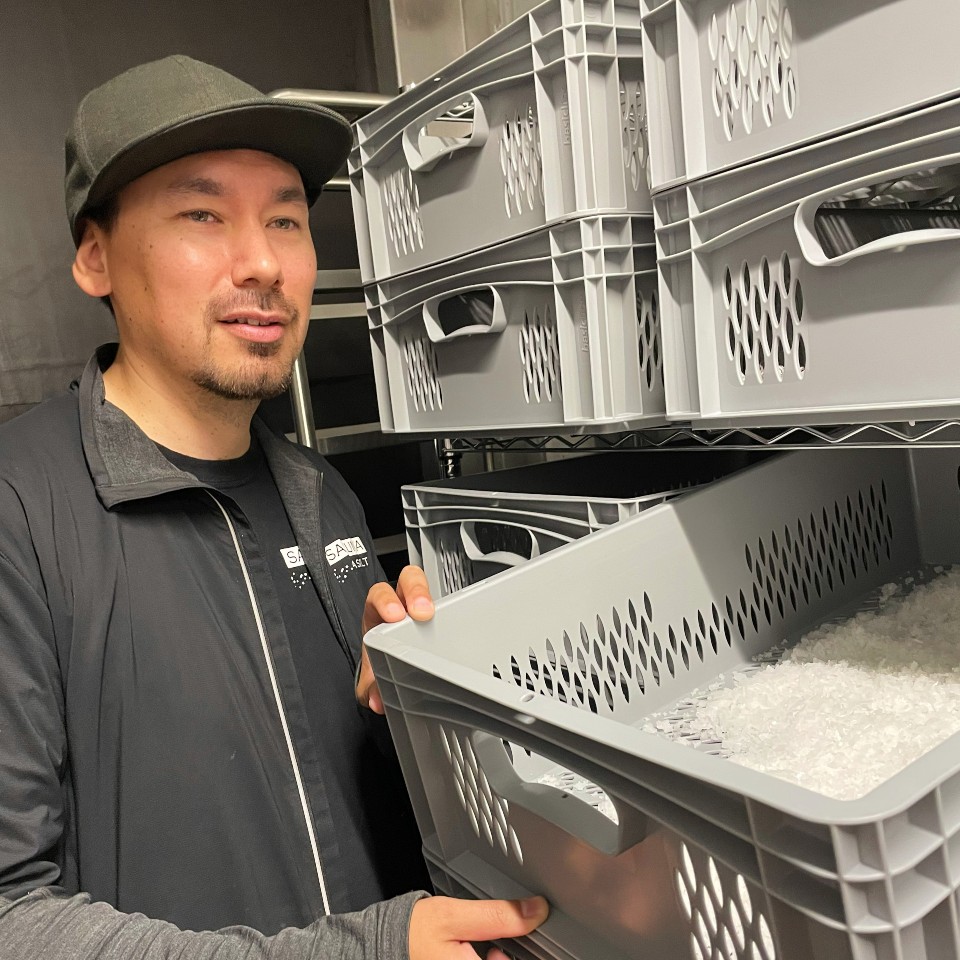 Napaartoq Isak Petrussen at his production facilities in Nuuk, Greenland

Since then his company has grown, and today, Sassuma Sea Salt is sold in several stores in Greenland, it’s also used for company gifts, and exports are starting to take off. He also started a NUKIGA mentorship to help with the development of his business.

Napaartoq is currently expanding production in Nuuk in order to keep up with the increased demand and has hired his first employee.

“I started out with 3 containers and now we are in the process of expanding with another 3 so that we can produce more sea salt.”

In the video below, Napaartoq Isak Petrussen explains why he started the company and how it is going.

I started out with 3 containers and now we are in the process of expanding with another 3 so that we can produce more sea salt.